SALUDA COUNTY has a total land area of 288,877 acres, covering 451 square miles. It ranks 39th in size among the counties in South Carolina. Saluda County is conveniently located 43 miles from Columbia, 40 miles from Augusta, 76 miles from Greenville, 145 from Charleston. The Town of Saluda sits squarely in the center of the County at the crossroads of South Carolina Highway 121 and US Highway 378.

The Town of Saluda is the county seat. There are two smaller towns located to the South, Ridge Spring and Ward, both of which are quaint villages. And, interestingly, a small portion of the Town of Batesburg-Leesville which sits primarily in Lexington County, is also in Saluda County.

Saluda County is home to a portion of Lake Murray which has approximately 500 miles of shoreline and covers 50,000 acres. Saluda County’s portion includes Big River and Little Saluda River. Big River runs until it adjoins Lake Greenwood at the Lake Greenwood Dam; however, Little Saluda River runs on and forms many smaller rivers and creeks throughout the county. Lake Murray is home to many residents as well as many recreational opportunities which include, but are not limited to, fishing, boating, dining, or just plain relaxation.

The next transport for the Spay and Neuter Program with Pawmetto Lifeline is Wednesday, February 8, 2023. 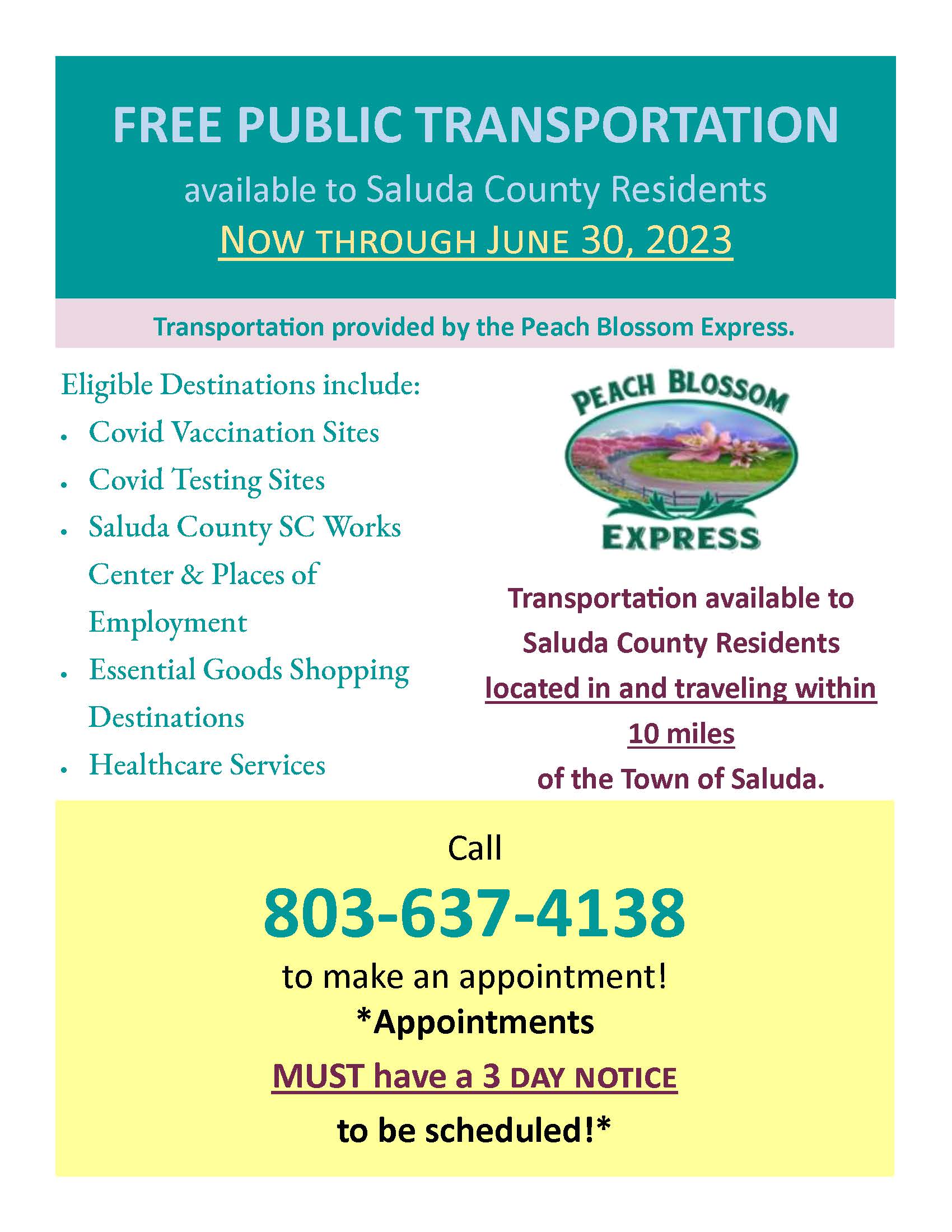